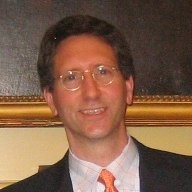 Ken focuses his practice on virtually all aspects of patent and trademark matters, areas where he has counseled and represented clients for over 30 years. He has extensive experience in obtaining, licensing, providing opinions on and litigating patents and trademarks, including unfair competition and domain name disputes, in the United States Patent and Trademark Office, in the Federal Courts, before the World Intellectual Property Organization and in foreign jurisdictions.

Ken works in a number of arts, with emphasis on the mechanical and chemical arts, especially related to the manufacturing and consumer industries. He works extensively with clients from startups to medium companies and large corporations, maintaining and advancing their intellectual property portfolios as primary intellectual property counsel. He also works with general practice attorneys and foreign intellectual property professionals in obtaining and litigating patent and trademark matters for clients in the United States and abroad.

Additionally, Ken has over 25 years of experience as a mediator and neutral evaluator in the area of Alternate Dispute Resolution. He has served as a mediator in the United States District Courts for the Southern and Eastern Districts of New York and leads the International Trademark Association Panel of Trademark Mediators.